Ethnographic research has the potential to dig deep into mediated personal relationships as well as into socio-technical relations in an increasingly digitized and digitalized world (e.g., Hjorth et al. 2017; Horst & Miller, 2012; Pink et al., 2016). In order to do so, ethnographers and anthropologists have engaged with a variety of digital and multimodal methods such as online ethnographic fieldwork and participant observation, digital storytelling, mobile and visual media elicitation, digital media biographies, and digital video re-enactments (e.g., Pink et al., 2016). Their research has opened up new knowledge horizons such as the changing emotional, normative or symbolic dimensions of complex social relations and cultural practices entangled with new digital media technologies.

This session provides room for critical and ethical reflections on theory and methodology in the field of digital anthropology/ethnography, including, but not limited to, the following questions:

This session invites presenters to revisit previous discussions and critically reflect upon current relevant debates in anthropology and beyond. Papers may be empirically, methodologically or theoretically driven.

The EASA Media Anthropology Network is organizing an official network panel at the European Association of Social Anthropologists (EASA) 2020 conference in Lisbon (21-24 July). Find the call for papers below and online:
https://nomadit.co.uk/conference/easa2020/p/8591

Abstract
The relative ease of access and potential disruptive features of digital media have opened up new opportunities for media anthropologists to extend their field relations into durable public engagement. These possibilities have encouraged anthropologists to collaboratively design various public engagement initiatives to harness digital media technologies and infrastructures for social justice goals including health, education, environmental protection, gender parity and political inclusion. Such direct interventions have gone hand in hand with critical perspectives on how “the digital” has played a key role in enabling political cultures of indignity and injustice – from online extreme speech to digitally enabled surveillance and algorithmic bias. This panel will foreground these two distinct, yet interrelated, aspects of engaged media anthropology: community projects that involve direct participation of anthropologists in designing digital platforms and applications, and in supporting local forms of media/digital activism; and studies that envision an inclusive future through public intervention strategies of critique and discursive resistance. A key question that drives this panel is whether the latest examples of engaged media anthropology that are enabled by digital technologies and infrastructures have signaled a break from the imperial logic of upliftment and betterment as a means to consolidate colonial power or whether enduring injustices are questioned through new means of collaboration and dialogue. What are the promises and limitations of engaged media anthropology in the digital age?

The EASA Media Media Anthropology Network is organizing a panel at the 15th European Association of Social Anthropologists Biennial Conference in Stockholm, 14-17 August 2018.

This panel recognizes the digital turn as a paradigm shift in the anthropological study of media, and aims to push further the ethnographic knowledge into the role that digital media play in people’s everyday life and broader sociopolitical transformations.

At this interdisciplinary conference, several papers in the field of media & digital anthropology are presented by researcher who are actively involved in the European Association of Social Anthropologists Media Anthropology Network:

The rise of online vitriol against vulnerable communities has punctured euphoric pronouncements about digital media as a radical enabler of grassroots democracy. A significant aspect of digital extreme speech is gender based violence in digital environments. Beyond the specific instances of online violence, gendering media anthropology remains a crucial and broader area of intervention. Similarly, different forms of digital visualities have accentuated the materialities that constitute everyday digital experiences and their varied cultural ramifications. Charting the three directions as gendering digital media, materialities of digital visualities and online extreme speech, this panel aims to push further the ethnographic knowledge into the role that digital media play in people’s everyday life and broader sociopolitical transformations.

We invite ethnographic and/or theoretical papers that focus either on
(1) the gendered dimension of digital practices and introduce innovative theoretical insights into the relationship between gender and the digital;
(2) extreme speech and online vitriol aimed at refugees, migrants, sexual minorities and other vulnerable communities, but online extreme speech as also a means for political contestation;
(3) material dimensions of digital visualities as constituting features of new ways of communication and interaction.

END_OF_DOCUMENT_TOKEN_TO_BE_REPLACED

The EASA Media Anthropology Network is organizing a panel entitled “Media anthropology’s legacies and concerns” at the 14th European Association of Social Anthropologists (EASA) conference in Milan (20-23 July, 2016). Please find the detailed call for papers below. To propose a paper, please navigate to http://nomadit.co.uk/easa/easa2016/panels.php5?PanelID=4286 and http://www.easaonline.org/conferences/easa2016/cfp.shtml
Deadline for paper proposal submissions is February 15th.

In line with the theme of the 14th EASA conference the EASA Media Anthropology Network panel seeks to put fundamental concerns of media anthropology back into the centre of attention. Central themes of media anthropology have already been identified and discussed in earlier works: e.g. the mediation of power and conflict, media related forms of production and consumption, the relationship between media and religion, and the mediation of knowledge and forms of expression (e.g. Askew & Wilk 2002, Ginsburg et al. 2002, Peterson 2003, Rothenbuhler & Coman 2005). These topics can be connected to questions about hierarchies, power relationships, norms and political agency in media contexts; the materiality of media (technologies), exchange and reciprocity, media work; media rituals and the ritualization of media practices and events; the construction of histories and traditions in relation to media practices and the meanings of media communication for oral culture(s).

Abstract
This paper introduces the case of an interactive technology enhanced learning model, its contexts and infrastructure at a public university in the Bologna era. From a socio-technological perspective, it takes a look at the conditions and challenges under which this flexible learning model for the social sciences has been developed. Furthermore, selected evaluation results, including experiences and expectations of social science students, are discussed. The paper concludes that it is possible, with the appropriate didactical model, to create and facilitate interactive student-centered learning situations, even in “mass lectures”.

Abstract
This paper is first taking a look back on the “anthropology of cyberculture”, formulated as anthropological research area, concept and issue by Escobar in 1994. Inspired by science and technology studies, he painted a very vivid picture how anthropology and ethnography could contribute to the understanding of new bio and communication technologies as society’s transforming driving forces. Pushed by powerful digital media technologies, such as internet applications and services, anthropology labelled as “digital anthropology” is currently tempted to forget about cyberanthropology’s holistic effort of understanding the sociocultural construction and interpretation of bio and communication technologies. What is the legacy of the anthropology of cyberculture when dealing with new digital practices? Is it actually necessary to construct branches of anthropology that deal with contemporary sociocultural developments? Or should we just open the discipline to an “anthropology of the contemporary”, as Rabinow and Marcus (2008) propose?

This report focuses only on those workshops I attended during the conference. They all deal with media (technology) practices in/and social and cultural anthropology. For a complete list of workshops and thematic areas, take a look at the conference website: http://www.easaonline.org/conferences/easa2010/index.htm 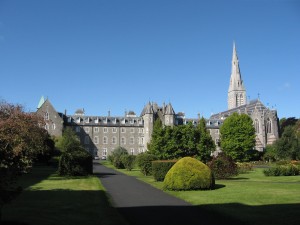 1) John Postill & Francisco Orsorio “Mobile rewards: a critical review of the Mobiles for Development (M4D) literature”
In the workshop’s first paper John and Francisco review literature in the field of mobile technologies, particular phones, for development.

Introduction to the workshop by Daniel Miller. “How can anthropology contribute to an understanding of the impact of new digital technologies? This session explores topics ranging from how digital technologies become part of everyday life to their role in the development of new infrastructures within both commerce and the state.” (more: http://www.nomadit.co.uk/easa/easa2010/panels.php5?PanelID=599). 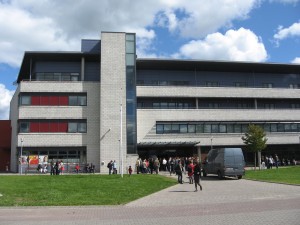 Introducing to the workshop and its theme are Caroline Gatt, Rachel Harkness, and Joseph Long. How can anthropology engage with media practitioners and in e.g. media training programs?
“Launching “Engaging Anthropology in Practice”, a project based in Scotland, this panel will showcase anthropological engagements of various publics by European practitioners in order to learn from this work and create links for future cooperation. Presentations have been requested that reflect upon the practicalities of engagement. Discussion in the latter part of the session will consider the development of anthropological training in the light of these experiences.” (more: http://www.nomadit.co.uk/easa/easa2010/panels.php5?PanelID=621).

Internet technologies and the World Wide Web promised a lot of things: from instantaneous global communication and fast information gathering to new forms of politics, economy, organizations, and socialities, including a renewed sense of community. By studying these online and “virtual” communities, internet researchers initially focused on their structure and development (e.g. Jones 1995, Smith & Kollock, 1999). Social network theory then changed decisively the way communities on the web have been conceptualized and analyzed. Scholars like Barry Wellman (et al., 2002) and Manuel Castells (2000), argue that in the internet age societies, communities, and individuals all have a network character. Thus the conceptualization of community as social network, by focusing on the interactions in these communities, has become widespread in internet studies.

Community and social network as concepts of sociality have been critically reviewed by anthropologists particularly in the context and process of ethnographic fieldwork. Vered Amit (2002), e.g., states that community is, because of its emotional significance and popularity in public discourses, a rather poor analytical concept. Internet ethnographers hence have been starting to look for alternative ways of understanding online socialities by moving beyond the community/network paradigm (Postill 2008).

In this paper we are critically discussing the potential of alternative concepts of sociality to analyze how people are interacting on the web. In so doing, we are firstly reviewing the quite popular concept of “communitas” developed by Victor Turner to differentiate between society as social structure and society as communitas constituted by concrete idiosyncratic individuals and their interactions. In the context of the sociocultural web, the liminal experience of people switching between these two stages is particularly interesting. Secondly, we are introducing the concept of “conviviality”, coined by Joanna Overing, to internet studies. Conviviality accentuates the affective side of sociality, such as joy, creativity, and the virtues of sharing and generosity, as opposed to the structure or functioning of society. These analytical concepts and tools, derived from anthropological and ethnographic research, are finally applied to an empirical case study of Bollywood fan communities on the web and their sociocultural practices. The EASA Media Anthropology Network organised a workshop, which aimed to contribute to the understanding of media practices. Experienced and young scholars gave papers on theoretical as well as very practical topics, ranging from the meaning of “media practices” to the internet as media practice in West Africa. More information about the workshop and its participants as well as some full-text papers can be found at the event webpage of the Media Anthropology Network’s website. Media Anthropology Workshop at the EASA Conference in Bristol